Traditional Si technologies can be found in anything from personal electronics to electric automobiles to  renewable energy systems, so utilizing more WBG semiconductor technologies such as Silicon Carbide and Gallium Nitride (SiC and GaN) will only increase efficiency and profitability for U.S. manufacturers.

SiC and GaN are the latest in advanced semiconductor technologies, having currently reached a development level to be utilized in PE technology. They have the power to be highly compact, as well as cost- and energy-efficient. They are able to work under higher temperature, voltage, and frequency conditions than traditional Si technology, allowing for an overall benefit to end-users.

Other PE technologies in the pipeline include diamond, aluminum nitride, and gallium oxide, so this is only the beginning of next wave of innovation in the semiconductor industry. Now is the time to invest in learning about these cutting-edge PE technologies.

In order to provide more education about these new and existing PE technologies, as well as collaborate with U.S. manufacturers on upcoming advancements, the North Carolina Manufacturing Extension Partnership (NCMEP), a member of the MEP National Network, has partnered with PowerAmerica. The professional resources brought together in this partnership set the stage for U.S. manufacturers to be at the forefront of the semiconductor industry.

If you or your company is interested in learning more about how to become a part of the anticipated semiconductor industry growth, start by visiting NCMEP.

As the official representative of the MEP National Network in North Carolina, the North Carolina Manufacturing Extension Partnership (NCMEP) is part of a public-private partnership designed to advance U.S. manufacturing by providing comprehensive manufacturing solutions to manufacturers across the U.S. NCMEP helps manufacturers to save time and energy and improve productivity, sales, and profits, all while creating and retaining jobs. Its goal is to grow profitability by providing technology solutions that increases operational efficiency. 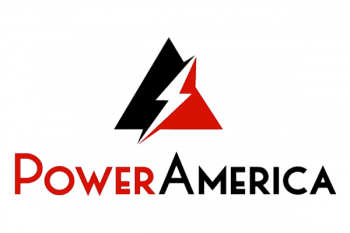 Forward thinking and innovative, PowerAmerica brings together both semiconductor manufacturers and companies who use semiconductors with the objective of expediting industry-wide adoption of advanced semiconductor technology. By engaging thought leaders in engineering research, PowerAmerica seeks to provide access to an educated workforce, reducing risk perception while working to provide this new technology at a cost-effective price. This is all with the goal of bringing the U.S. power electronics industry to the forefront of the global economy.